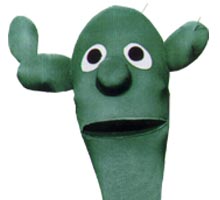 However do we really need a whole article in Le Monde over this matter?

"It’s been 30 years since the French pharmacist Joel Dreyfuss moved to the Holy City after his first 20 years in Strasbourg, in eastern France. He had quite a revealing experience when he was back last summer visiting the French Alsace region, and went out shopping. He found himself demanding something with an “I want…” like a true Israeli, and thus was denied his request by a local shopkeeper. He also got a good lecturing to: “Here Sir we say “hello”, “please”, “thank you” and “goodbye””. Joel Dreyfuss was stunned: “That’s when I realized how rude I had become!”
It may begin with the language itself. Linguists will explain that while both English and Hebrew (unlike French and other Latin languages) have no current distinction between the formal and informal “you,” English is technically missing the informal use of the word – and Hebrew has no formal “you.”This bears consequences: no social barriers, no signs of respect and no real popular notions of politeness and courtesy. In schools, teachers have given up: students don’t say hello, they do not ask permission to speak, or to rise from their chair. In fact, they copy their elders: in shops, most Israelis shout and shove people aside to cut their place in line.
The newly arrived European and Ashkenazi Jewish women get used to it: no one will hold the door for them, no one will let them go first, and people on the street
will give an ironic smile upon passing a courteous husband opening the car door for his wife.
Speaking of the car…rule number one is: there are no rules. The rest goes without saying: drive like a maniac, never use your blinker, pass on the right, cut people off.
“It is actually true,” says an Israeli diplomat. “We have a really bad reputation when it comes to good manners and courtesy. Let’s say that we prefer to keep our relationships with others straightforward and informal."

I found the second part  of the article amusing. Psychoanalyzing Israel as a country in war - and hence not having any time for manners is really just silly and simplistic. I don't know why Israelis are rude, but I am sure that it has more to it then just a war mentality. To begin with I'm not quite sure that Israelis were always so rude. Anyone who reads some of the early tales of the state is not as struck by "rudeness" as you would be today. Secondly I would suspect that being a nation of immigrants is also at play.  Not only was there a plethora of cultures, but also young immigrants found themselves without the support of their parents and elders at large.

The ending of the Le-Monde article is somewhat better:


Still, it’s always worth scratching the surface of so-called national characteristics. If they stay long enough, most foreigners will also find that Israeli people are friendly and easy-going; and fundamentally stand together, always ready to help each other out if needed. This helps explain why people born in Israel are called sabras. It is the name of the fruit that comes out of a cactus: well-known for being prickly on the outside but sweet inside.

Posted by Benjamin of Tudela at 1:56 AM