Joining a little late to the party,an Israeli blog "Oneg Shabbat" posted  a week ago, this picture of the educational material found on the wall of a kindergarten in Holon: 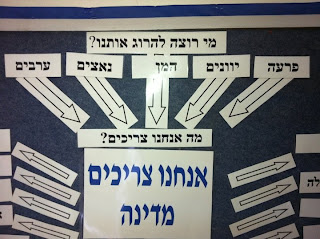 The flow chart reads - who wants to kill us? Pharoh, the Greeks, Haman, Nazis and Arabs. What do we need? A Country!

Just proves you never know where you will find some quality teaching material! Not sure they are going to get the peace prize of the year.Some responses: 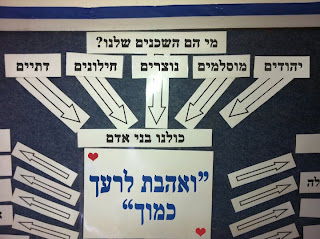 This effort is from the liberal camp - it reads who are our neighbors? Jews, Muslims, Christians, Hilonim and religious - we are all humans! love your neighbor .. Interesting the we have both a Jewish, Hilonim and Religious group. I was taught they were all the same.

And then a response from a right wing corner, pretending to be the left wing: 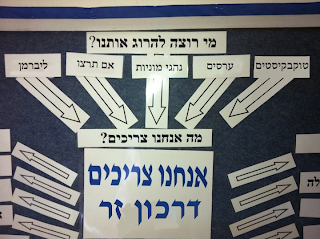 Updated: Found some More. You can go to this page, to see even more. 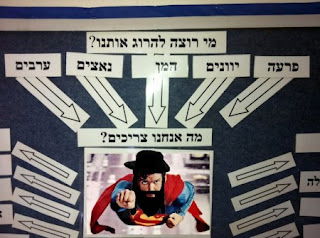 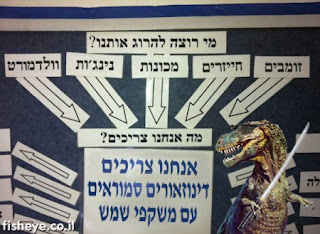 Posted by Benjamin of Tudela at 1:34 AM

Email ThisBlogThis!Share to TwitterShare to FacebookShare to Pinterest
Labels: Education