Estonia in the Holy Land

This thought experiment was performed at  bigthink. This is the resulting map: 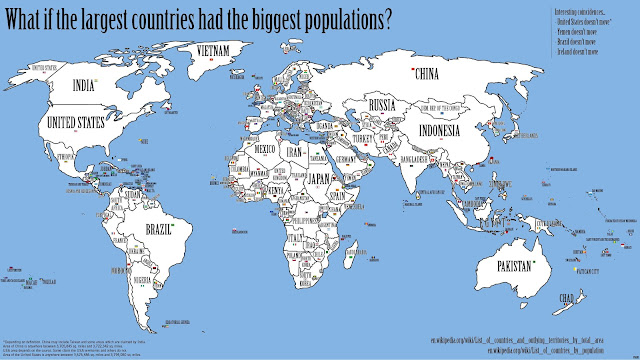 Some of the more interesting consequences:


Strangely enough, the US itself would not have to swap its population with another country. With 310 million inhabitants, it is the third most populous nation in the world. And with an area of just over 3.7 million mi² (slightly more than 9.6 million km²), it is also the world's third largest country (2). Brazil, at number five in both lists, is in the same situation. Other non-movers are Yemen and Ireland. Every other country moves house.

And for those of us interested in the Middle-East, I've enlarged that corner of this new globe: 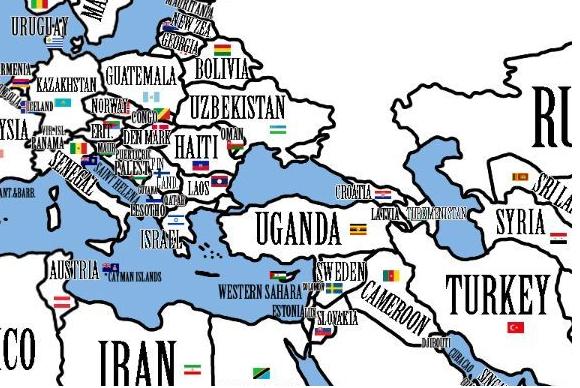 So let's see. Israel gets to move to Greece, which is clearly a win, assuming the debts and the riots leave with the Greek. That's the good news. The bad news is that the Palestinians are not that far away, and you get a big Iran right across the Mediterranean. The actual land of Israel has now been occupied by Estonia who gets to enjoy Sweden as its neighbor to the north.Clearly the Middle-East as a whole is a big winner here, with most of its more troublesome members leaving!
Posted by Benjamin of Tudela at 9:29 AM