Why is the Religious Zionist Kosher Phone Different Than the Haredi One?

I think most readers of the blog are familiar with the Haredi "Kosher" mobile phone - basically a phone with no internet connection and no SMS. However I was somewhat surprised to see an ad in "Makor Rishon" for a (apparently) Religious Zionist version: 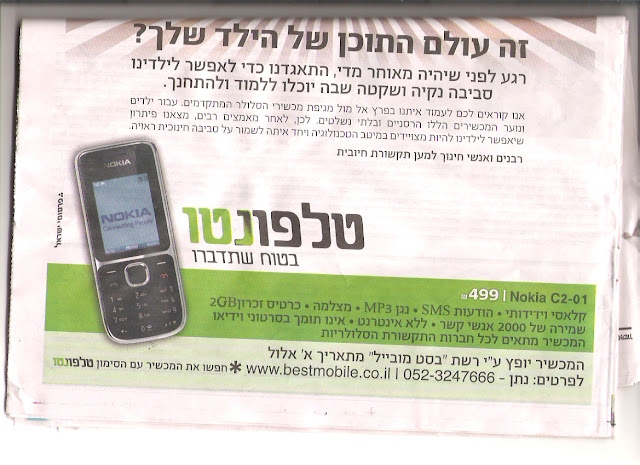 (The Ad was a full page, so I couldn't scan the top)

The Ad starts with a letter from "Rabbis and Educators" warning of the dangers of smart phones. This is a fairly routine warning. Now lets notice the big differences between a RZ phone and a Haredi one. It seems that while Haredim are not allowed to have SMS the RZ kids are. Also it appears RZ kids are allowed to listen to music, but not watch videos.

So why the differences? My understanding is that Haredim are not allowed to have SMS because it was both a distraction, and because it might be used to communicate with girls. Both reasons would seem to be as legitimate for RZ kids - at least ones whose parents are inclined to buy "old" phones disguised as religious phones.

Posted by Benjamin of Tudela at 7:00 AM