Sharei Mishpat - Shooting Their Students In The Foot? 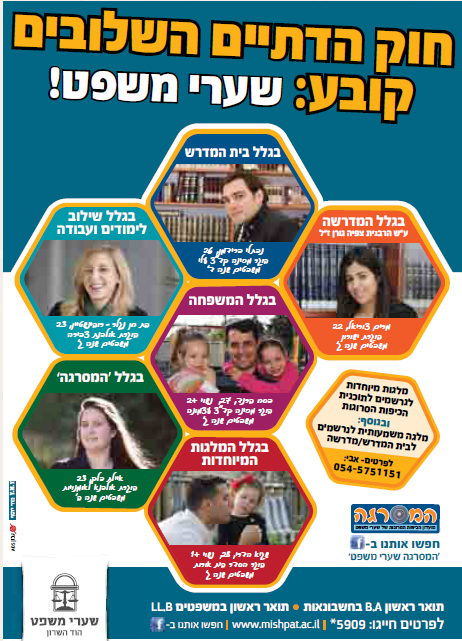 Kiryat Ono is a Law School in Israel that is popular with the religious community. For a few weeks they have been publishing this ad in all the Shabbat leaflets. However, this ad has really troubled me. Would you hire Ms Ayelet Black, who the ad claims chose her law school because of the "Masrega" - a slang term referring to a group of religious girls who sit all day and knit kippot for boys. I would also say the same about the boy and girl who chose their Law School for the Beit Midrash - and not for academic excellence (which isn't even mentioned anywhere - apparently not being a critieria).

I'm hoping  that the people in this ad are not real students.
Posted by Benjamin of Tudela at 9:47 AM