The Lubavitcher Rebbe As Spiderman

I liked this quote recently posted by AIWAC: 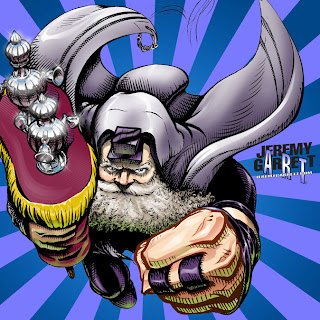 “Miracle stories convert rabbis into poor imitations of Batman and Superman. At least those superheroes occasionally face challenges that demand courage and dedication. A rabbinic clapping of the hands takes neither.”
- Rabbi Yitzhak Blau, “Miracles And Morals: Choices In Educational Storytelling“

It just so happened that a new miracle story is making its way through the web. It may even be true! According to the tale told a few weeks ago a local Habad Rabbi named Eliyahu Kenterman gave the mother of Gilad Shalit a dollar he had received many years ago from the Lubavitcher Rebbe z"l. Gilad Shalit's mother kept the dollar and carried it everywhere in her purse. On the day when Gilad was released (20th of tishrei) she happened to look at the dollar and saw that on the dollar was written "Tuesday the 20th of Tishrei - May you have success at all your ventures!".
I've no idea if this story is true or not. There are enough details in the story (i.e the name of the rabbi, and using a still living personality) that the story can be checked up upon - and i'm sure in the coming days someone will. However what I am certain in, is that these kind of stories do not create any real belief in God.

Posted by Benjamin of Tudela at 10:53 AM